I have always been enamored of France. I love Edith Pia... Read more

Dressed to the nines, my youngest son admires his image in t... Read more

As soon as I cast my line out into the aquamarine waters of ... Read more 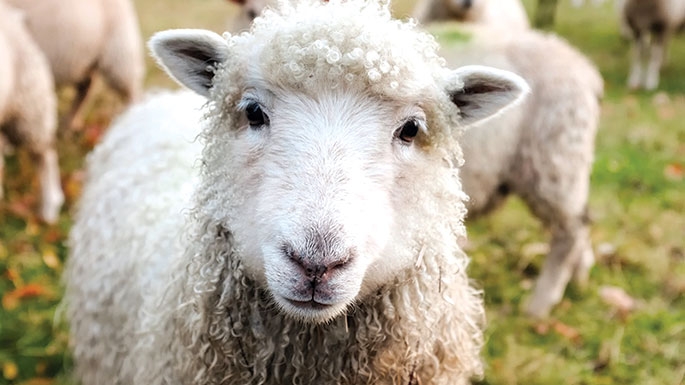 Welcome to Part 2 of my family’s adventures in Ireland. a land with heart. You can enjoy Part 1 here.

Our next stop was Westport, a charming village on Clew Bay, where we would lodge at the Wyatt, a cozy boutique hotel in the middle of town.

Our visit coincided with Westport’s annual music festival, so after a delicious dinner at the hotel, Peter, Jasper, and I headed out to hear live music on an outdoor stage.

The whole village turned out for this annual affair, it seemed, and young and old swayed to the music under the dark sky.

That night we ventured into a bright, noisy pub to experience some of the pub culture synonymous with Ireland. Brown foamy Guinness flowed from taps into pint-sized glasses nonstop at John’s Bar as a convivial crowd ebbed and flowed like a tide. It was easy to chat with folks, both locals and other tourists drawn in by the happy noise.

Music emanated from one corner, where a few fellows twanged their way through popular tunes. The later it got, the more crowded John’s became, and finally the three of us escaped into the night, our heads thrumming from the heady music and beer.

IRELAND’S TIDIEST TOWN
The next morning cloudy skies greeted us, and storm warnings put a slight damper on our plans to explore the region.

Bronach Joyce, our tour guide, showed up at our hotel with an umbrella and a determined smile, saying we’d just have to make the best of it.

She proceeded to show us Westport, which she proudly proclaimed had recently won an award as the tidiest town in Ireland. I could see why: colorful begonias spilled out of planters everywhere and equally colorful storefronts all shone as if they’d just been painted.

Our tour would take us around Clew Bay north to Achill Island, the largest island off the coast of Ireland. Remote and windswept, Achill is known for its haunting beauty, attracting tourists from near and far who enjoy activities like cycling, hiking, painting, bird watching, and surfing. Unfortunately, our visit would be confined mostly to our car since the heavens decided to open up and pour down. Nevertheless, we enjoyed a scenic drive around the island, stopping between cloudbursts for photos and a tasty lunch at the Beehive Craft and Coffee Shop.

We also stopped at a poignant site called the Deserted Village before leaving the island. Here we saw the ruins of crumbling famine houses that belonged to people who died in the Great Irish Potato Famine. The famine, which started in 1845 when a potato blight wiped out the crop, lasted for six years and reduced the Irish population by between 20 and 25 percent.

As a steady rain beat down, we climbed up a hill to see the ruins, which have been left standing in honor of those who died. The dreary weather made the scene even more sad and forlorn, and after a few minutes we quietly left the Deserted Village behind.

FOLLOWING ST. PETER’S FOOTSTEPS
I asked Bronach what we should do the next day before leaving the area, and she said we must visit Croagh Patrick, Ireland’s holy—and most climbed—mountain. Named after the country’s patron saint, who is said to have fasted on the mountain summit for 40 days, the 2,500-foot mountain reaches up to the heavens. Bronach said it takes around four hours to climb up to the peak and down again. While we wouldn’t have time to climb to the top, I wanted to go halfway. Jasper was game, but Peter opted out, blaming his pesky knees.

The next morning the sky was a brilliant blue in places, but clouds hovered overhead, including some circling the peak. I’d read that weather could be changeable on Croagh Patrick and there was no shelter on this bare mountain, so Jasper and I donned rain jackets and headed up the mountain, hoping the rain would stay away.

Just a couple weeks before, the annual pilgrimage had taken place, where 15,000 pilgrims climbed to the summit, many doing penances along the way and some climbing up in bare feet. That this was an astonishing achievement became very clear as I negotiated sharp, slippery stones that covered the trail. Loose stones would be a constant threat.

In fact, the amazingly steep climb was one of the most strenuous I’ve ever experienced. I often had to stop and catch my breath, giving Jasper reason to tease. Never wanting to do things halfway, my son longed to climb to the top, but we had to stick to our schedule. Besides sprinkles were beginning to fall, and I worried the rain would get worse.

The weather didn’t seem to bother the steady stream of pilgrims we passed, however, some smiling and jovial, others with solemn faces who stared intently ahead.

Too winded to talk much, I found myself contemplating my spiritual connections. Something about the energy on this mountain must have penetrated my thick skin because I suddenly felt very Catholic, although I hadn’t been active in the faith for many years. It was as if my Irish grandmother were there somehow, reminding me of my roots here in this land. I thought about how Bronach pronounced Ireland with her Irish accent as “our land” and realized it was my land, too.

The rain started pouring about the time Jasper and I got to the bottom. Though we didn’t make the summit, I felt a sense of accomplishment. Not only had I succeeded in climbing halfway up Croagh Patrick without falling, I also discovered what it was about Ireland that sets it apart from other places I’ve been. It’s the sense of connection you feel to the land and the stories of the people.

In Ireland the past is never far away. It hovers over your shoulder like the clouds around Croagh Patrick. It shines through the eyes and the hearts of the people you meet.

Next month: Don’t miss Part 3 of our Irish adventure as we head to Dublin, County Meath and County Wicklow.