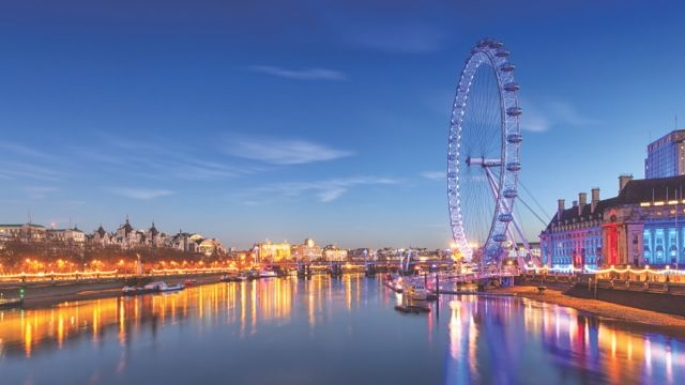 As Americans we are linked to Britain in many ways, including our language. You might even have a family connection to the British Isles. My ancestors included Irish, Scottish, and English immigrants, and their influences helped shape the person I am today. For example, my family’s standard Christmas feast was roast beef and Yorkshire pudding. In college I studied British history and literature and discovered a fascination with the tempestuous tales of love and war. I knew one day I would have to visit our Motherland.

Happily, I found an amazing fare from Dulles to London and announced to Peter and Ross that we were going to Britain. We’d visit London and York, a few hours to the north, and with only a week to travel, I planned a busy schedule.

MEMORABLE MOMENTS
The highlight of our trip turned out not to be on the itinerary. After we arrived at Heathrow, bleary eyed and sleep deprived, Peter, Ross, and I climbed aboard the airport’s convenient subway (aka the Underground or the Tube), and thirty minutes later we found ourselves in Central London.

A doorman with a black top hat welcomed us to our hotel, the Athenaeum, a gorgeous property facing the lush gardens of Green Park. Our spacious apartment featured a small kitchen, high ceilings, and handsome décor. Ross immediately gravitated to a game console that served as a coffee table, and soon he was glued to the screen while Peter and I unpacked our bags.

The king-sized bed looked incredibly tempting with its multitude of pillows and feather comforter, but I knew a morning nap wouldn’t help me adjust to London time. Instead we splashed water on our faces and headed across the street to Buckingham Palace, where we hoped to see the Changing of the Guards.

For some reason, the roads around the palace were cordoned off. Stands were set up beyond the ropes, where well-heeled ladies and gentlemen were taking their seats. Nearby colorful marching bands warmed up their instruments. Gathered around a fountain, an army of journalists face the palace, readying their equipment.

A policeman walked by, and Peter asked him what was going on.

“It’s the Opening of the Parliament, mate,” he said and sauntered off.

Crowds continued to gather, and soon a young man asked if we’d seen the Queen. It dawned on us that this was a very special occasion.

Soon gallant horses clip-clopped by pulling elaborate carriages. One carried a breathtaking jeweled crown, which we assumed belonged to the Queen. We figured if her crown was passing by, she would follow, and she did. Unfortunately we couldn’t see her because of the crowds, but it was still a serendipitous treat.

We milled about as the crowd dispersed and watched gaily-attired soldiers fire cannons in Green Park. It occurred to us that maybe we could catch the Queen returning to Buckingham Palace after her opening remarks in Parliament. Sure enough, after we walked through St. James Park to Horse Guards Road, we heard the thunder of horses’ feet and carriage wheels. We were practically the only ones watching as the procession rolled by just a few feet away.

Ross and I waved at the dignitaries who passed, many of whom raised white-gloved hands in acknowledgement. Finally the Queen and Prince Philip passed by, and they waved, too! Here we were, barely arrived in London, and we’d practically met the Queen.

BIRD’S-EYE VIEW
London merges old and new, creating a mosaic of modernity and timeless history. From the New Millennium Bridge, a modern steel structure spanning the River Thames, and the London Eye, a huge carousel that lifts passenger up for a bird’s-eye view of London, to St. Paul’s Cathedral, a Baroque masterpiece that boasts the world’s second largest dome after St. Peter’s in Rome, and the Tower of London, an ancient medieval fortress, where Ann Boleyn lost her head—it’s easy to lose your own head looking at all the historic and cultural sites London has to offer.

With only a few days to spend in the city, my family and I had to content ourselves with a very short list of attractions, some modern and some historic. Embodying both is Shakespeare’s Globe Theatre. The dreamchild of an American actor and director, Sam Wanamaker, this recreation of Shakespeare’s famous stage offers visitors a glimpse of sixteenth-century London. Besides the theatre itself, which attracts school groups and tourists from around the world, the Globe Theatre features a fascinating exhibit about Shakespeare and the importance of drama in London’s early days.

As a former English teacher, I was in my element on the tour and even impressed my family by knowing answers to the tour guide’s questions about theatre in Shakespeare’s day (Q: How did the Globe announce to the folks on the opposite side of the river that a performance was scheduled? A. By raising a flag).

The best part of the tour was when Ross asked if people really did break a leg during performances. The tour guide launched into a story about how for three or four seasons running, someone invariably fell off the stage, breaking a leg, an arm, or a wrist, but after a visiting Zulu theatre troupe performed a special blessing ceremony, the unlucky streak ended. Since then (“Knock on wood”), no one’s broken a bone.

MINSTRELS & MAGICIANS
Balancing interests on a family vacation is always a challenge. To offset touring the Globe, we took Ross to the London Aquarium, where he oohed and aahed at the sea life on display. Next door was Namco Funscape, a game room extraordinaire, and we let Ross enjoy a few high-tech games.

For many, London is synonymous with shopping, so we made the obligatory visit to Harrod’s department store, a Mecca for serious shoppers. Just getting your bearings in this cavernous store is a challenge, and we enjoyed wandering its many floors, ending up in the holiday shop, ablaze with Christmas decorations, which put us in the holiday spirit.

London is famous for its theatre, but instead of seeing a show, we opted to attend a medieval banquet in the shadow of the Tower of London. We knew Ross, being a little antsy, would enjoy this type of show more, and we were right. Since it was off-season, the crowd of tourists—from Japan, the Netherlands, France, and of course the U.S.— was small, but lively. King Henry presided over the banquet, calling upon minstrels, magicians, jugglers, and strong men to entertain us as we dined.

The sumptuous feast included an array of antipasto, soup, salad, tasty chicken, vegetables, and dessert. Pretty “wenches” kept our glasses full of beer, wine, or soft drinks. After dinner the performers invite audience participation, and Ross grudgingly donned a regal cape and joined a young girl for a routine. Next I joined other women from the audience for an easy scarf dance, just what I needed after a big meal.

SCAVENGER HUNT
Our last day in London we explored the British Museum. We only saw a fraction of the incredible collection at this world-renowned museum. We could have spent three days in this museum and still not seen all of its archeological treasures.

The British Museum offers fabulous themed booklets for children, featuring trails through specific civilizations. Ross wanted to do the one called Sailing the Nile, which takes you on a journey down the Nile, exploring ancient Egyptian civilization along the way.

Part scavenger hunt, part creativity exercise, the booklets challenge kids to find objects in the exhibits and contemplate what life was like for the people who lived during that period of history. Ross loved racing through the museum hunting for answers to the next question in the booklet, and Peter and I did, too!

Other booklets include one called Traveling in Time: Greece through the Ages; Hunting for Dragons: a Trail about Fantastic Creatures; and Exploring Britain: A Journey into the Past. We would gladly have done all the trails, but our time in London was drawing to a close. Another city a few hours’ north was on our itinerary: York, where Romans and Vikings settled, a smaller city where we could glimpse another side of Britain and explore more of her history and our own.

IF YOU GO
London is expensive, so be prepared. Consider buying a London Travelcard (available at the Underground ticket offices), which offers unlimited access to London’s public transportation. Also purchasing a London Pass (www.londonpass.com) gives you access to most major attractions and provides substantial savings. Here are other useful websites: