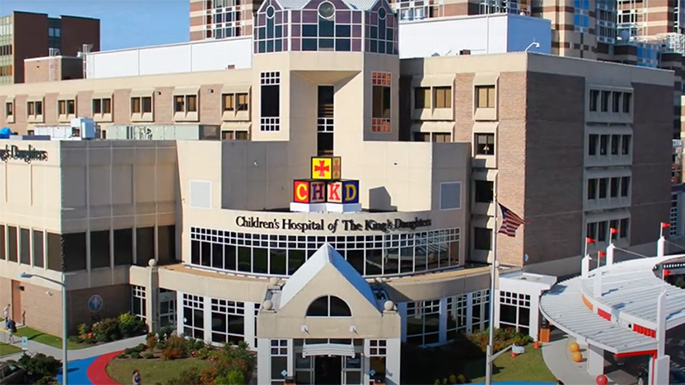 Discover how a team of volunteers is helping heal our children.

My son was 18 months old when we visited the Children’s Hospital of the King’s Daughters in Norfolk for a minor surgical procedure. He was having tubes placed in his ears, but it still required general anesthesia.

As I paced the floor of the waiting room, checking for his name on the digital progress board, a kind lady approached me with a basket of teddy bears. “Would you like one?” she asked. “They’re handmade, for all of our patients.” I selected a pastel-colored pattern, thanked her, and held the bear until I was able to join my son in the recovery room.

I didn’t realize at the time that the woman was a volunteer with The King’s Daughters, the founding organization of CHKD. The handmade bears are just one of many ways that The King’s Daughters supports the hospital and its patients. They also raise money through community events, thrift stores, and the annual Anthem LemonAid. Let’s learn more about the history and mission of The King’s Daughters as they prepare to open a new mental health facility and celebrate 125 years of service to area children and their families.

It All Started with a Nurse and a Bicycle 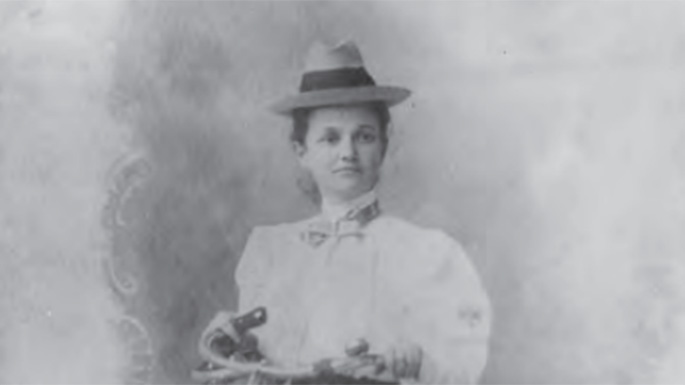 The King’s Daughters began humbly in 1896 when a group of women joined forces to help the sick children of Norfolk. At first, one nurse walked to the homes of impoverished families, helping newborns and new moms, thus establishing the Visiting Nurse Service.

“Soon after that, someone donated a bicycle,” said Lisa Coleman, executive director of The King’s Daughters. “But there were more patients than she could keep up with.” In 1919, The King’s Daughters purchased a car with the gambling proceeds from a Norfolk man whose wife strongly suggested that he donate his winnings. From there, the King’s Daughters built a series of clinics and eventually, today’s CHKD, the only freestanding children’s hospital in the state of Virginia.

Throughout the years, The King’s Daughters has worked creatively to find ways to meet the healthcare needs of area children. When people outside of the organization doubted their ability to raise money for a children’s hospital, they focused on their goal and got busy collecting coupons and trading stamps, selling baked goods, and donating their own funds. That same drive and optimism is still a fundamental part of The King’s Daughters today as they raise money through annual dinners, parties, and golf tournaments and by selling plants and crafts.

Lisa Coleman has worked with The King’s Daughters for eighteen years. Consisting of only three other paid employees, they are a small but mighty staff. “It’s so satisfying to work with other people who have the same passion,” Lisa said. “Every year you know that you are making a difference; you never have to wonder if your work matters.”

Overall membership of the organization includes approximately 44 groups and 900 volunteers. Members pay annual dues and are part of a circle within their respective communities. Circle members work together to plan events, increase membership, and raise funds for the hospital’s wish list. 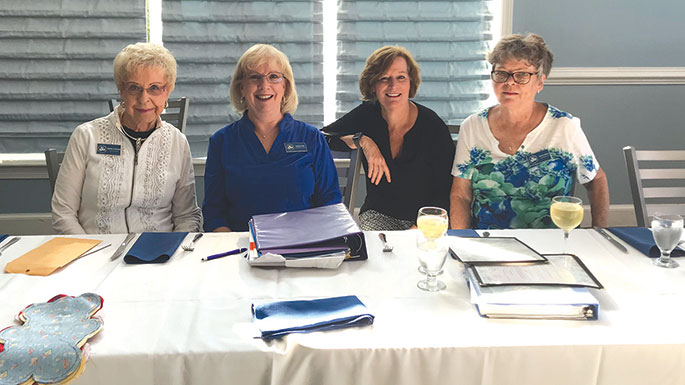 Marge Fink has been a member of Cypress Point Circle since 2006. “Our mission as a King’s Daughters Circle is to raise funds, friendship, and awareness for CHKD. Being part of a unique group of women with the same goal is an important reason that I belong,” said Marge. “Our ladies make a difference, and we enjoy each other’s company.”

The Cypress Point Circle consists of about 30 members who have very close relationships. They are also well known for their bears. “We make a couple thousand bears each year,” Marge said. “And those who don’t sew typically donate materials. Nearly everyone is involved with this ongoing project.”

Volunteers from various circles stuff and sew 10,000 bears annually in an effort to make sure that every child who has a surgical procedure is given one. “We use a variety of patterned, attractive fabrics, but they are all cut to the same size and shape, and they all have a hand-drawn face,” Marge said. The bears, for many Hampton Roads families, are treasured items. Many children have one bear, but some children have an entire closet full. “It is nice to know that we are helping to make that time in the hospital a little more positive,” Marge said. “It’s something our circle is very proud of.”

Marge’s group also makes tooth fairy pillows for children who lose teeth while they are staying in the hospital, and they create journal bags. These are cloth bags that are filled with crafts for the children who are unable to leave their hospital rooms. “Sometimes children aren’t able to enjoy the playroom, so the staff can take an activity to them,” she said.

Marge is grateful that a lady at her gym told her about this organization years ago and that she joined the Cypress Point Circle. She and other group members are looking forward to getting back to in-person meetings and planning their next events. “I definitely recommend volunteering with The King’s Daughters,” Marge said. “If you don’t already know someone who is involved, contact the office, and they will connect you with a neighborhood circle.”

Volunteers Are Needed To Raise Money and Awareness

This year, The King’s Daughters is celebrating its 125th anniversary with an incredible gift. They will raise an additional $2 million, which will complete the $3 million pledge to CHKD’s new Mental Health Hospital. Opening in 2022, the facility will initially accommodate twenty beds and then expand to hold sixty.

“A mental health hospital for children is very different from other types of hospitals,” Lisa Coleman said. “It’s a 14-floor facility that’s bright and airy, and all patient rooms have a gorgeous view. Plus each room has a bed for a parent, so children will never have to sleep in a room alone.”

Although the pandemic prevented many of organization’s annual in-person events, The King’s Daughters continued to raise funds through virtual events and raffles. “One group raffled a Peloton bike. Another held a virtual corn hole tournament. I’m not even sure how that’s done, but they did it!” Lisa said. “We have been creative, but we are ready to get back to normal.”

Lisa wants to remind the community that support is always needed, and there are many ways people can help. “It’s a lot to keep up with a state-of-the-art hospital and build a new mental health facility,” she said. “It’s important for people to know we are here and that we can always use more support, even if you’ve supported us previously.”

Some ways to assist The King’s Daughters include: donating to and shopping at one of the twenty-four locations of CHKD thrift stores, volunteering, joining a circle, and attending an event. To learn more, visit www.kingsdaughters.org, and follow them on Facebook and Instagram @kingsdaughterschkd.