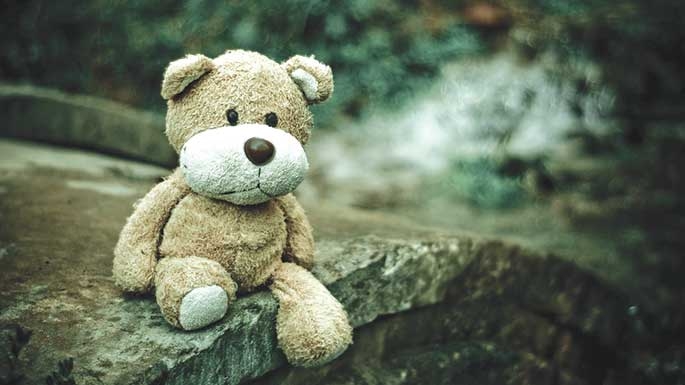 by Regina Marscheider
Published in Community
Rate this item
(0 votes)

How one Mom discovered her child was being sexually abused.

When Janelle, 30, and her husband of 5 years divorced, she and her two children, Joshua, 4, and Mary, 2, moved back to her hometown to live with her mother and stepfather, Joe. From the day they moved in, living in the basement of her mother’s home, Joe could not have been kinder.

Recently retired, Joe was always available to help with babysitting, once Janelle got a job. He took a particular liking to Joshua—a shy, quiet child—much more so than Mary, who was quite a handful. Joe often volunteered to pick Joshua up from school, played catch with him in the backyard, and took him fishing and camping. “A boy needs a father figure,” Joe would always say.

Janelle was sitting at her cubicle at work when the call came in from Child Protective Services (CPS). Joshua’s teacher had suspected something was wrong. When she sat down with Joshua, he told her that he and his grandfather, Joe, “played together.” Joe had been sexually molesting him for more than two years.

“I was sick to my stomach,” Janelle said. She had a million questions. Why didn’t she see the signs? How could her own mother, Joe’s wife, not have known? How could this have happened right under her nose? Why didn’t Joshua say anything? Had he also hurt Mary?

But when Janelle really thought about it, signs of “something’s not right” had been there. Joshua, an otherwise polite and timid boy, had become more aggressive toward his younger sister. Always a “mama’s boy,” he no longer wanted a hug from his mother, and he had begun to wet his bed. The change in behavior troubled Janelle, but she thought Joshua was just missing his father, and he would grow out of it.

Beware the Myth of ‘Stranger Danger’

Abuser Can Be Someone In Your Own Family

Janelle thought she had done everything to keep her children safe. Her biggest fear was having one of her children being abducted by a stranger. So, she drilled into them that they should never talk to strangers, and they should stay away from people they don’t know.

Experts warn that in a child’s mind, the person who would do them harm is a dark, monster-looking individual (blood shot eyes, yellow teeth), when in fact, the real monsters could be lurking in noble professions such as doctors, coaches, clergy, or day care providers. But even more startling, the monster could be a family member, like “Pop Pop” Joe.

They also note that the improper warning of children against strangers can deter them from seeking help from “good strangers,” such as police officers, store clerks, or other adults, in an emergency.

According to the Rape and Abuse Crisis Center, only seven percent of perpetrators of child sexual assault crimes are actual strangers. By contrast, 93 percent of child victims and their parents know the abuser. Unbelievably, 34 percent of sexually abused children are assaulted by a family member.

How I Fooled You

Pedophiles Can Be Cunning and Calculating

Neither Janelle nor her mother could believe Joe had been such a cruel monster. At trial, they found out that Joe had molested other children and gotten away with it. Until Joshua told, no other child had come forward.

According to a brochure written by child molesters in treatment, pedophiles can be cunning and calculating, choosing their victims carefully. They will fool parents by being a very good friend or will make time to do things with your child that you don’t have time to do.

Sexual predators will often use “grooming” (a deliberate process by which offenders gradually initiate and maintain sexual relationships with victims in secrecy), which include: looking for children who are loners or having trouble with school work; looking for families where both parents work and the child is alone often, or for single, overwhelmed mothers with children who don’t get enough attention.

“I was the nice 15-year-old boy next door who knocked on your door to play with your 8-year-old son,” said one offender.

Be on the lookout for an adult who is constantly looking for opportunities to spend time alone with your child; an adult who undermines your authority (such as taking your child to movies you didn’t approve of and breaking your rules); or an adult who gives your child gifts (tickets to games, toys, video games), or money.

Start a Dialogue By Reading Books Together

The truth is, sexual abuse isn’t something that happens only to poor or neglected children. It doesn’t happen only in dysfunctional homes or in foster care. Sexual abuse can happen to any child, rich or poor, black or white, from a broken home or from a home with both parents.

So, why do few parents discuss sexual abuse with their kids? Because it is an unpleasant subject. Plain and simple. But it doesn’t have to be. Teaching children how to recognize and prevent sexual abuse is as essential as teaching them to buckle up, look both ways before crossing the street, and to wear a helmet when riding a bike.

Remember, you can’t talk about sexual abuse without talking about sex. But it’s up to parents or responsible adult guardians, using age-appropriate language, to teach children what is OK and not OK when it comes to touching. Children should learn as early as possible that no one has the right to touch them in a way they don’t like, and that secret touching can be confusing, can make them feel uncomfortable and sad, and they have the right to say “No.”

By not talking about sexual abuse, you leave children vulnerable to grooming and exploitation. Reading books together about the subject can be a great way to give parents the language to start a dialogue with a child.

What To Do When Abuse Happens

Remain Calm And Call The Police

When Janelle learned of Joshua’s abuse, she was enraged. What parent wouldn’t be? Her beautiful child’s innocence had been stolen from him. Little Joshua had been violated in the cruelest of ways. He had suffered in silence, afraid to tell anyone because “Pop Pop” said if he revealed their secret, they would no longer be able to play catch, or go fishing, or get those video games he liked so much.

Only 1 out of 10 victims of child sexual abuse will tell. The reasons for not telling are many… self-blame, fear, shame, and sometimes, not wanting to get their abuser in trouble.

There is agreement among professionals who work with abuse victims that children rarely lie about sexual abuse. So, when your child reveals the abuse, counselors suggest the following:

Parents can’t do it alone. Child sexual abuse is a community health issue. Because of its prevalence, child sexual abuse is known to be the root cause of many health and social problems we face in our communities, including drug and alcohol abuse, suicidal thoughts and attempted suicide, eating disorders, behavior problems in school (“acting out”), high school drop-out rates, teen pregnancies, prostitution, and more.

Sexually abused children who keep the abuse a secret, or who “tell” and are not believed are at greater risk of psychological, emotional, social, and physical problems, often lasting into adulthood.

Parents Can’t Do It Alone

Help Is Available From Resources Like Stop Abuse, Inc.

The 45-minute production, filled with all the excitement of a Broadway musical, is designed for in-school presentation and teaches children to recognize, prevent, and disclose sexual abuse. Nationally acclaimed for its effectiveness in engaging children and teaching them essential safety lessons, “Simon Says Just Tell” has been proven effective in preventing abuse and helping break the cycle of abuse. Many performances have elicited a disclosure of sexual abuse from a child in the audience.

The entire community benefits when children are fully protected—from diseases, from hunger, as well as from physical and mental harm caused by sexual abuse.

Janelle had wondered if Joe had also molested sweet, rambunctious little Mary. When she asked Joe if he had touched Mary, Joe said he hadn’t. “She has a big mouth,” Joe said defiantly. “I knew she’d tell on me if I tried anything.”

How To Talk To Kids About Sexual Abuse

Here are Talking Points and Tips

Teach children that it is “against the rules” for adults to act in a sexual way with them. Use examples.

Teach them what parts of their body others should not touch (for example, the parts where your bathing suit covers).

Be sure to mention that the abuser might be an adult friend, family member, or older youth.

Teach children not to give out personal information while using the Internet, including email addresses, home addresses and phone numbers.

Start talking about sexual abuse early and talk often. Use everyday opportunities to talk about the issue.

Be proactive. If a child seems uncomfortable, or resistant to being with a particular adult, ask why.

If you suspect child abuse, report the abuse to the proper authorities.

Regina Marscheider, a survivor of child sexual abuse, is a child advocate, published author, and Director of Stop Abuse, Inc., a 501 (c) 3 organization preventing child abuse through education, detection and referral. Her book, Simon Says Play It Safe, gives parents the language to talk to their children about safety and sensitive issues. 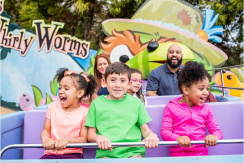 Sesame Street Kids' Weekends are back at Busch Gardens! Enter for your chance to enjoy exciting activities including dance parties, storytelling, and life-size games...