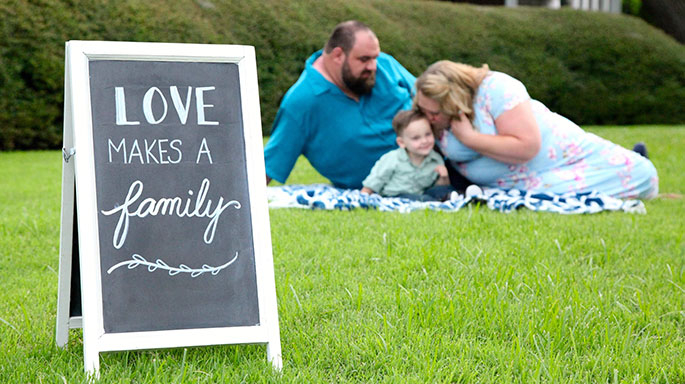 Pathways to the Heart

Find out how you can change the life of a child.

As of August 2021, there were 5,359 children in Virginia’s foster care system. Out of those children, 1,797 dream of being adopted. Even for highly qualified parents, the process is not easy, and adoption isn’t always the end result. This month, we speak with professionals at local agencies along with parents and adopted children about their personal experiences.

Getting Started as Foster Parents

Katrina Felmeten lives in Newport News with her husband and their two children. “When we decided to add to our family, we weighed our options and we were both drawn to foster care,” she said. “My husband and I grew up in situations where we were given a positive light, and we wanted to share it with others.”

The Felmetens reached out to the Newport News Department of Child Services, where they began preliminary qualifications, including an eight-week training program, a background check, a home study, and informational sessions about laws and how the agency works.

Next, Katrina and her husband met with a case worker to determine parameters. “We didn’t feel equipped to foster a teenager, so we decided on infancy to six years old,” Katrina said. The couple also learned that because of the many legalities, adoption is never guaranteed.

“The process can seem overwhelming,” Katrina said. “It is. But it’s also preparing you for what you experience, and the agency is knowledgeable of all situations that can arise.”

Currently, Katrina and her husband have legally adopted their son, but there are still additional steps to take before they can adopt their daughter. Katrina wants foster parents to know that the process is time consuming; it requires patience and preparation for the unexpected. But it is also very rewarding.

When the Felmetens first brought their foster daughter home, the little girl was so excited; she felt she was on a grand adventure. “There was a true honeymoon phase,” Katrina said. “Then reality set in and we realized she needed more help, so we began therapy sessions. We also gave her opportunities to talk about her mom, which validated that relationship.”

Katrina’s daughter is adjusting well to her new situation, with the help of a counselor whom she views as another fun grown-up she gets to talk to and share stories with. The Felmetens have a few more hearings before their daughter’s adoption is finalized.

The Bair Foundation & The Up Center 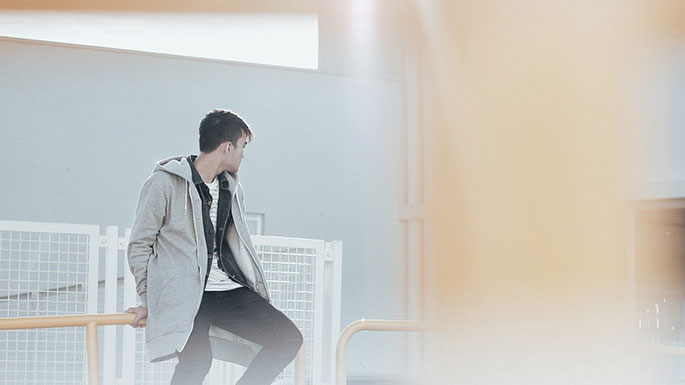 Jennifer Gilliam is program director for the Virginia Beach office of The Bair Foundation, an organization founded in 1967 by Bill and Marilyn Bair. The Bair Foundation’s headquarters is still in the small Pennsylvania town where it began, but they now offer services from 30 offices in nine different states, including Virginia.

The Bair Foundation is a faith-based foster care agency. “Our work is done for the glory of God, which sets us apart from other agencies, but we do not exclude anyone,” Jennifer said.

Years ago, Jennifer started as a case manager and discovered a passion for working with families. Her current position focuses on growth, which includes certifying foster parents and developing training materials that will be helpful and encouraging for these new parents.

One of Jennifer’s specialties is connecting families who are willing to foster teenagers with this older group of children. “There continues to be a need for certified foster families, and the need is greatest for families willing to take in teenagers,” Jennifer said. “We need parents who want to learn and put the work in, specifically with these older children.”

Sabrina Carr is an outreach coordinator at The Up Center in Norfolk, a therapeutic foster care facility that works with children of all needs and abilities. “No matter the needs of the children, we provide comprehensive, complex, and ongoing training to our families to be able to support their needs,” Sabrina said. “We also have a team of professionals with over 68 years of experience that supports our families in a variety of ways throughout the process of fostering.”

Sabrina has worked in the foster care field since 2019. “I have always had a special place in my heart for children, and I’ve wanted to be an advocate and a voice for them when they are not able,” Sabrina said. “I was drawn to foster care because I can empower and encourage others to be a support when they need it most.”

Like Jennifer, Sabrina emphasized the urgent need for foster families to open their homes to children who are twelve and older. “Twenty-two percent of children who enter foster care in Virginia are in this age range,” she said. “Oftentimes people think that it’s too late to make a difference in the life of a teenager, but I want to challenge people to think about a teacher, coach, or other adult who made a significant impact in their lives as a teenager. I promise you can do the same for teens in foster care.” 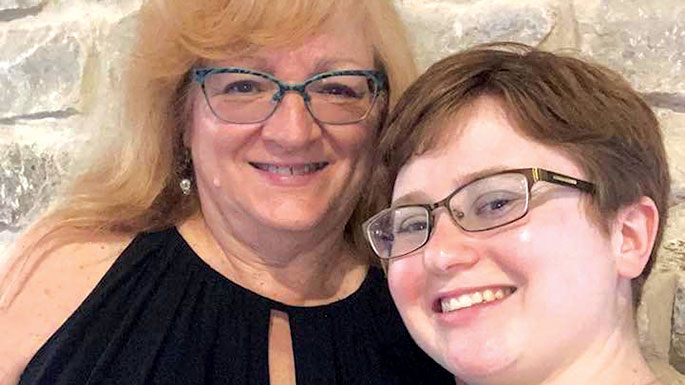 Holly Ritchie, now twenty-nine years old, was adopted at birth. Her parents lived in the Hampton Roads area at that time, but now Holly resides and works in Manassas Park, Virginia.

“I’ve known that I was adopted for as long as I can remember,” Holly said. It was an open adoption, which was rare then, so all parties were aware of who was involved. “Anytime we had questions, my parents were completely honest. They told me I had a living birth grandma, an older half-sister, and a couple of uncles and cousins,” Holly said.

When she was in seventh grade, Holly wrote a poem and decided to share it with her birth grandmother. They mailed the poem, and Holly received a response. “My parents sat me down and told me this would be the only time they ever opened my mail. My birth mother had written back and shared some information that I hadn’t known before because I was too young,” Holly said. “My parents made sure I understood that I could do whatever I was comfortable with in terms of talking with her.”

In the years that followed, Holly wrote to her birth mom a few more times, but communication was spotty. She was seeking answers to questions about her family tree, her health, and how her birth mom’s lifestyle choices might impact her down the road. “There have not been any real consequences so far,” Holly said. “But I do have to tell my doctors that I don’t know my medical history. There will always be uncertainties in that respect.”

Even though Holly has unanswered questions, she is grateful that there has never been anything she couldn’t ask her parents. “As I grew more curious, I had the ability to talk about anything,” Holly said. “And in terms of connecting with my birth mother, they never wanted me to feel pressured one way or another.”

While families can certainly make their own choices about what they disclose to their adopted children, Holly is grateful for the way her situation was explained. “I love that it was never a secret,” she said. “It was never an issue of whether or not I belonged. Instead, it was a question of how do I fit with my birth family and how do I want to fit with them.”

When it comes to beginning the process of fostering, professionals agree that the most important thing for foster parents to remember is that it’s not about them. Fostering is about the child, and many of them have already been through difficult situations. There are many agencies with varying styles and different supports, and it’s a good idea to meet with several before selecting the best fit for your family.