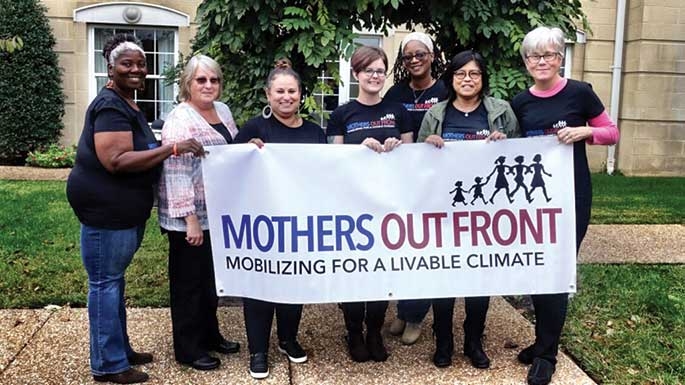 Meet moms who advocate for a better world for us all.

One day, Kristine Jelstrup’s eight-year-old son asked her if she thought the earth was really going to be as bad off as people were saying on the radio. When Kristine said she thought it might actually be worse, her son asked, “Well, what are you going to do about it?”

Kristine had heard about Mothers Out Front, so she went online and signed up. A few days later, she received an alert about a meeting at city hall. She went, met some wonderful women, and has been an active member ever since.

For more than five years, Kristine has been involved with the Cambridge, Massachusetts chapter of Mothers Out Front. Her team, like those in other states, is working to build a sustainable future for children. Let’s find out why women like Kristine Jelstrup and local resident Kim Sudderth say that joining Mothers Out Front is one of the best things they have ever done.

Mothers For A Livable Climate 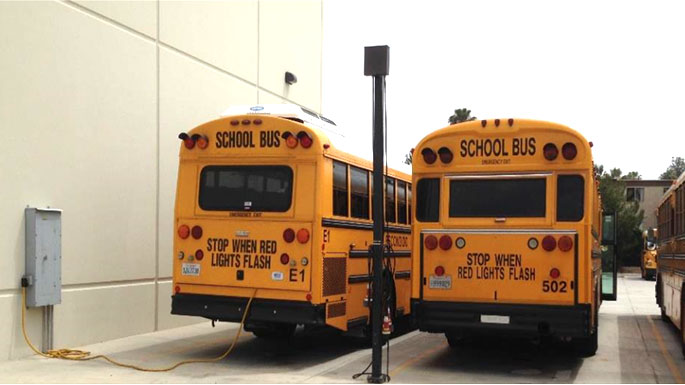 Founded in Cambridge, Massachusetts, in February 2013, Mothers Out Front is an organization of mothers and grandmothers whose mission is to “ensure a livable climate for all children.” While teams in Massachusetts and across the U.S. are working toward goals specific to their areas, all Mothers Out Front teams work toward the organization’s vision of moving away from the use of fossil fuels and toward renewable sources of energy.

Within Cambridge, there are several teams working together to reduce the city’s consumption of fossil fuels even faster than previously scheduled. “We meet with our city officials, write op eds, hold public forums, work on state and local legislation, and work to grow our membership,” said Kristine.

Despite Cambridge being a concerned and progressive city, the team has met with resistance to proposed fossil fuel bans for new buildings and major renovations. These changes must be implemented in order to meet the 2050 greenhouse gas emissions goals.

“We’d like to see all available rooftops be green,” Kristine said. “We are concerned about air quality, heat islands, flood control, and carbon emissions. Green roofs address all those issues.”

A little closer to home in Fairfax, Virginia, there has been considerable progress in the fight to reduce carbon emissions with the Electric School Bus Campaign. Part of a Dominion Energy Initiative, Fairfax County Public Schools, the largest school district in Virginia, will receive funding to help with the purchase of eight electric school buses by the end of 2020.

Here in Hampton Roads, four school districts, Chesapeake, Hampton, Virginia Beach, and Norfolk, will receive electric school buses as part of this initiative. Not only do the buses reduce harmful emissions, but they also serve as giant batteries, capable of storing energy and returning it to the smart grid. The new buses are also safer, with three-point seat belts replacing the lap belts of older models.

Advocating for the Global Covenant of Mayors

Kim Sudderth, senior organizer of Mothers Out Front in Hampton Roads, joined the organization in March 2016. Kim grew up in the Willoughby neighborhood of Norfolk next to the Chesapeake Bay and later moved to the Salem area of Virginia Beach.

“What I saw was that hurricanes and storm surges had increased in intensity, sea level rise was washing away our beaches, and flooding was taking over our streets. I was scared,” she said. “The climate crisis was claiming the region that I loved, and I wasn’t sure if anyone was doing anything about it. Joining Mothers Out Front allowed me to get involved in a meaningful way.”

In addition to sea level rise and flooding concerns, the Hampton Roads chapter battles issues of coal dust, a lack of renewable energy commitment, and a disproportionate energy burden on low to moderate-income families. Families of low-income homes typically spend a much larger percentage of their take-home pay on lights and heat. Many also live in older homes that lack insulation and energy-saving technology.

“For these reasons and more, many mothers are faced with the decision to pay their rent or pay their electric bill,” said Kim. “Sometimes the amounts are nearly the same.”

To increase awareness, members regularly engage with individuals and other organizations locally. “We give presentations at civic league meetings, and we’ve held workshops in low- to moderate-income communities, helping residents apply for assistance with local weatherization programs,” Kim said.

The team has also advocated for local mayors to sign the Global Covenant of Mayors, an agreement similar to the International Paris Agreement but at the city level. At this time, the mayor of Norfolk has signed, and the mayor of Virginia Beach has committed to do so.

Join A Local Team Of Mothers Out Front

We Can Become Better Human Beings 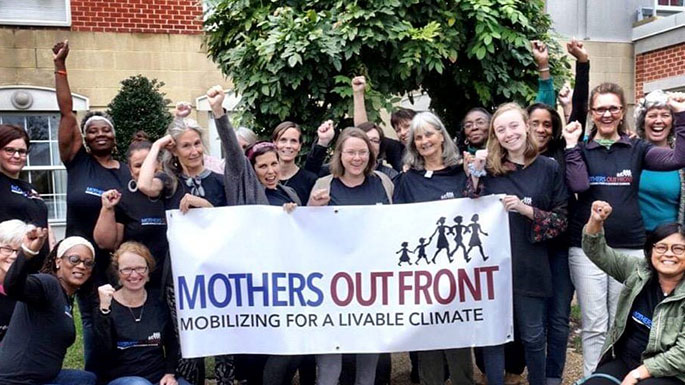 While Mothers Out Front does not limit its membership to moms or even to females, mothers are at the crux of the organization. Mothers Out Front was co-founded by women who believed that there were many moms like them who were also deeply concerned about climate change and willing to do something about it. They were right.

Mothers number approximately 85 million, according to a recent U.S. Census Bureau estimate, and mothers have voting rights and purchasing power. They are savvy networkers and instinctive protectors of children. Because mothers keep the climate conversation focused on the next generation, they bridge boundaries of faith, culture, politics, and race.

“We are fierce protectors of our kids today and ardent advocates for their future,” says Kim Sudderth. “Because we are compassionate, we know that we are fighting not just for our own children but also for a livable climate for all children.”

Concern for the future, passion, and drive are the only true requirements for joining Mothers Out Front. Team organizers and leaders provide new members with assistance every step of the way.

“We lift up the voices of mothers. We train them and support them to become effective leaders in the movement and their communities,” Kristine said. “I was afraid to speak in public, had never met with a city official, did not know my way around the halls of the state house...now I can do all those things. I often say that Mothers Out Front has made me a better human being.”

Mothers (and other caregivers) can also join a local team. There are active teams in Norfolk and Virginia Beach, and the organization is currently looking for mothers who may want to start teams in Chesapeake, Portsmouth, and other parts of Hampton Roads.

“Getting involved with Mothers Out Front was the best thing I ever did, besides marrying my husband and having my two boys!” Kristine said. “Actively working to combat climate change has given me a support network of amazing friends and has actually given me hope for humanity.”