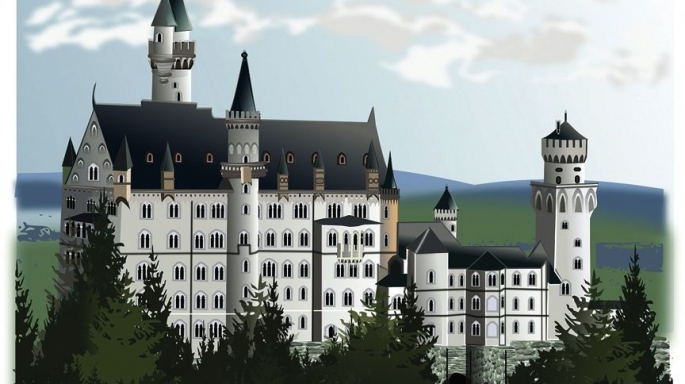 by Marcy Germanotta
Published in Community
Rate this item
(0 votes)

When NATO Festival organizers realized Luxembourg would be the only member nation not represented this year, they sent an SOS to the Girl Scouts, who have long participated in the annual event.

Troop 101 of Norfolk answered the call, and its members dug in, learning about the nation and calling on expert engineering help to teach them how to build a special booth that will have a replica of a famous Luxembourg bridge and castle.

“This is a great opportunity for the girls to volunteer and learn something they may not have learned had it not been for this experience,” Troop 101 Leader Linda Foxrun said. “I have a group of very talented girls. Two are musicians and have traveled to perform overseas and will be sharing their talents at the Luxembourg booth we’re hosting by playing the country’s national anthem.”

In an era where finding volunteers is like striking gold, there are those times that true treasures can be found. Linda is one of those gems. She’s been a Girl Scout volunteer for 35 years and leads mostly homeschool Girl Scouts in Norfolk, Troop 101.

“I became active in Girl Scouts when my daughters were young and when the recruitment message of empowering girls was appealing to me as someone who grew up in the 60s,” Linda said. “Jennifer and Julie are now in their forties and have been involved in volunteering from the get go. They both earned the Girl Scout Gold Award, the highest award in Girl Scouts, and understand what volunteering can do for others. It’s now become part of what we do as a family.”

Both daughters are assistant leaders with Troop 101, where Linda’s granddaughter, Drayanna, is a member.

The troop has been putting a lot of their troop time and additional time outside their meetings preparing for the booth. Festival organizers introduced them to Col. Roger Housen, a NATO representative from Belgium, who’s lending a hand.

“He’s been very helpful,” Linda said. “He attended one of our troop meetings, and we’ve been in touch ever since with emails and calls. Thanks to him, we’ve been able to connect with Luxembourg officials, who are sending us food, literature, and products to have on display at the booth. The girls were thrilled when he was able to connect them with Luxembourg Princess Alexandra, daughter of Duchess Maria Teresa of Luxembourg. All the girls wrote letters, and we were told she plans to write back. We’re looking forward to having Col. Housen help us at our booth at the festival.”

The troop will be distributing booklets they researched and developed. They are also working to build replicas of the famous Adolphe Bridge and the Luxembourg castle with the help of members from the Society of Women Engineers.

Girl Scout Brownie Troop 310 from Chesapeake, led by Mara Bates, will be updating the Luxembourg’s parade float and have a goal of building a small castle for the float. Last year the troop created a backdrop and added flowers.

Norfolk NATO Festival takes place on April 25 at Town Point Park in Norfolk, starting with a marching parade of 75 units at 10 a.m. followed by festival entertainment and booth exhibits. Children can tour 28 countries with an event passport that is stamped by country representatives at each booth.

Girl Scouts have been part of the festival parade for generations. The Norfolk NATO Festival is the longest continuously running festival in Hampton Roads and has traditionally honored the arrival of spring and the beauty of the azalea blooms. When the Women’s Club of Norfolk and a number of Norfolk garden clubs started it in 1951, it was called the Norfolk Crape Myrtle Festival. It later became known as the Norfolk International Azalea Festival. Now as the Norfolk NATO Festival, the event celebrates the international partnership the NATO Command in Norfolk brings to the area. For local residents, the event offers a wonderful opportunity to explore the world and learn about other country’s customs, traditions, and foods. No passports required!

Marcy Germanotta is the director of communications for the Girl Scouts of Colonial Coast. For more information, visit www.gsccc.org.