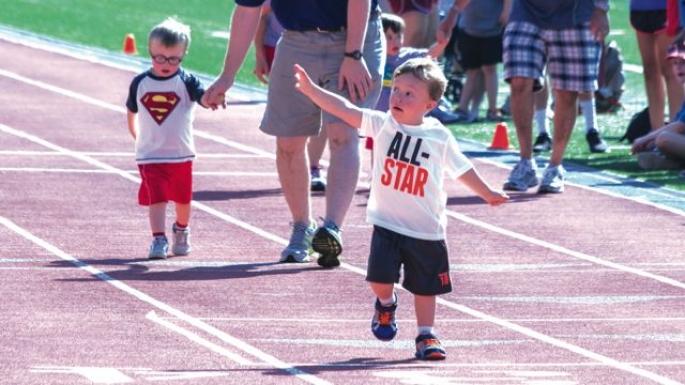 by Veni Fields
Published in Community
Rate this item
(1 Vote)

Last December Cierra Winn swept her long chestnut hair over her shoulders and stood back from the mirror. She wore a black satiny tea dress with a burgundy sash to match the decoration in her hair. Her glittery necklace sparkled. She was all set. The 14-year-old headed for the dance floor and the spotlight with a big smile on her face.

SOCIAL BUTTERFLY
Four years ago, this was just a dream. Cierra’s mother, Lisa, spent more than a decade trying to find out from doctors and school officials why Cierra had developed a growing fear of being out in public. Ballet and soccer were emotional disasters that left Cierra overwhelmed and progressively isolated.

One day Lisa met a Special Olympics official at an elementary school meet-and-greet. When they showed up for their first Chesapeake bowling alley get-together, Cierra, then 11, crawled under a table and refused to come out. Today, she is the center of a thriving social network and the first to greet newcomers. Last December, she took center stage with five other teams for a Dancing with the Sheriffs event.

“It is amazing,” Lisa said. “[Cierra] has really blossomed. She went from hiding under tables to now she is a social butterfly, she meets no strangers, and she helps all the other athletes when she sees that they need help.”

Hannah Ellenbecker’s seizures started when she was ten months old. Her twin sister, Emma, was fine. They weren’t preemies. There were no birth complications. Their mother, Lilly, didn’t understand it. The diagnosis—epilepsy—came while the Ellenbeckers were stationed with the Navy in Northern Virginia.

From there the family embarked on an eight-year journey of challenges and fears as they learned to cope with the effects of this disease. They ended up in Great Bridge, and in 2012 when Hannah was 8, she brought home a Special Olympics flyer from school. She wanted to try roller skating.

“I didn’t think she’d be able to do it,” Lilly said. “But this has helped her so much—socially—and now she’s competing.”

Today Cierra and Hannah are both skilled athletes in multiple sports with a wide circle of friends. Their relieved and grateful parents still have a hard time believing their daughters’ transformations and credit Special Olympics for the girls’ amazing achievements.

FEELING EMPOWERED
You might think Special Olympics is all about sports, but anyone who becomes involved with the organization knows that sports are just a platform for what Special Olympics is really all about: helping those who are challenged to discover what they really can do. In the process, the participants, their parents, volunteers, and even the spectators become empowered.

“It’s for the parents, too,” Lilly Ellenbecker said. “I was thrilled. I got to talk to other parents who knew. It’s so helpful any time you can get with a group of people 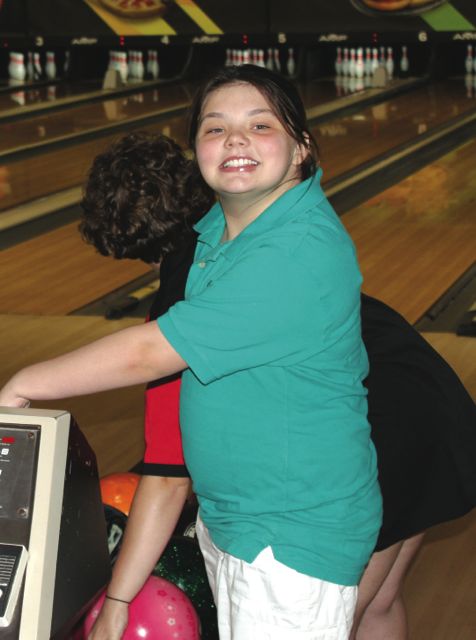 and be a part of something where everyone in the family can be involved.”

That was a part of the organization’s design from the beginning. Eunice Kennedy Shriver held the first summer camp on her Maryland farm for a small group of children with special needs in 1962. Six years later, it was named Special Olympics. Since then, it has grown to over 4.4 million athletes in 226 programs in more than 170 countries around the world.

It made its way to Hampton Roads in 1975. Since then, thousands of local residents have become athletes, and families of those with special needs have found a community.

Opportunities for participation begin in preschool. As part of the Special Olympics’ Young Athletes division, the Little Feet program works through public school systems with children from ages 2 to 7.

Locally, it has been active in Norfolk for the last six years and grown to include 300 athletes this year, according to James Gunther, adapted physical education specialist at Norfolk Public Schools. In what organizers call a unified approach, the program pairs children with special needs with students from the general student body to act as role models during events, James said.

In April, Old Dominion University hosted a “Little Feet Meet,” in which young students with special needs from 13 Norfolk schools participated with “buddies” from Norview High School, ODU, and other organizations.

Events like this give the children a chance to share what they’ve learned and try new things. The events also bring awareness to the public about what Special Olympics offers and who can get involved.

EXTENDED FAMILY
Athletes’ family members often become coaches and volunteers, said Diane Crawford, Chesapeake roller skating coach and team coordinator, whose husband Wade, two daughters, Jesse and Halley, and son Zachary have been participating for years. But, she said, it doesn’t take having a loved one with special needs to get a lot out of it.

It began for all of them when Diane met a woman in her hometown of Johnson City in Upstate New York when Diane was in her 20s.

“Her name was Nettie,” Diane said. “She approached me when I was working in a jewelry store and asked if she could give me a hug. I could tell she had an intellectual disability. I said of course. Then she asked me if I would be her friend.”

As their friendship grew, Diane, who was a competitive roller-skater and instructor, decided to try skating as an activity for people with intellectual disabilities. It went over well, and she coached for almost 20 years in New York.

As her life unfolded, she found herself in Chesapeake without a team. One day she watched a parade with a group from Special Olympics, and her passion reignited. She told her family she had to go back to coaching for the organization. They all enthusiastically jumped onboard.

“They keep each other accountable, and they tattle on each other, too,” he said. “They’ll text me and each other with things they’re eating and asking questions about things that are OK. It works really well.”

The Crawfords love that the athletes and their families become one big extended family, they said. They celebrate each other’s accomplishments and share difficulties when they arise.

“It’s really brought more into our lives than we ever could have realized,” Diane said. “I mean I always knew why I did it, but when we started doing it as a family, I saw it on a whole different level. Even outside of Special Olympics we do a lot of things together.”

“It’s life-changing for the athletes,” she said, “but it’s also life-changing for the families, too. So many families are told what their children can’t do, what they won’t do, what they’re not a part of. When they come to Special Olympics, they find what their child can do, as well as finding families who are in the exact same position. They can find it very empowering.”

That empowerment is what Lilly and Lisa found as they, their spouses, and their other children watched Cierra and Hannah bloom.

“These athletes, young and old, can teach the general population so much,” Lisa said. “More than we could ever teach in a lifetime of education. They see no disabilities, no handicaps, no color, no barriers. It is absolutely awesome. To interact with these athletes, it does change your whole perspective on life.”

For more information about Special Olympics programs and to find out how to become a volunteer, visit www.specialolympicsva.org or contact Debbie Apperson, director of the Southeast Region at 184 Business Park Drive, Suite 202, Virginia Beach, VA 23462; email dapperson@specialolympicsva.org; or call 757-962-1575.