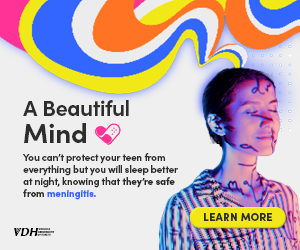 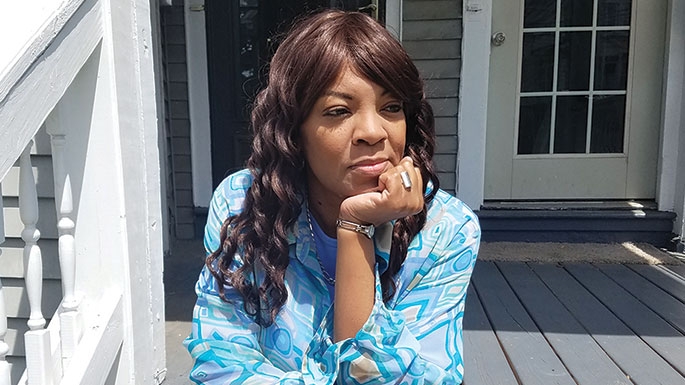 A Closer Look at Alzheimer's

What you need to know about Alzheimer’s Disease.

In the early 90s, Tamyra Whitehead came home from work and asked her mother where the baby was.

“Taking a nap,” her mother replied.

Tamyra looked around the house, checked the crib and the couch, but did not see the baby. She noticed, however, that the back door was open.

She asked her mother a second time. “Where is the baby? I can’t find him.”

Tamyra’s mother became upset—a bit snappish—which was out of character for her. “I said he’s taking a nap!”

A few minutes later, Tamyra found her son, sleeping soundly in the outdoor swing set, but Tamyra’s mother had no recollection of taking him out there.

That evening Tamyra made the difficult decision to find alternate day care arrangements. Her mother was no longer able to care for her child.

Thirty years ago, Tamyra and her family didn’t have a name for her mother’s condition, which turned out to be Alzheimer’s. Doctors were not as well versed in diagnosing the disease, and family members of those who suffered with dementia were often dismissive of symptoms. “That’s just Dad,” one might have said. “He gets like that sometimes.”

Today it is rare to find a family that has not experienced the devastating effects of Alzheimer’s disease. According to the Alzheimer’s Association, there are more than five million Americans living with the illness. This number is projected to rise to nearly 14 million by the year 2050. Let’s learn more about Alzheimer’s—symptoms, prevention, and available support—from family members and local experts.

Is It Alzheimer’s or Normal Aging? 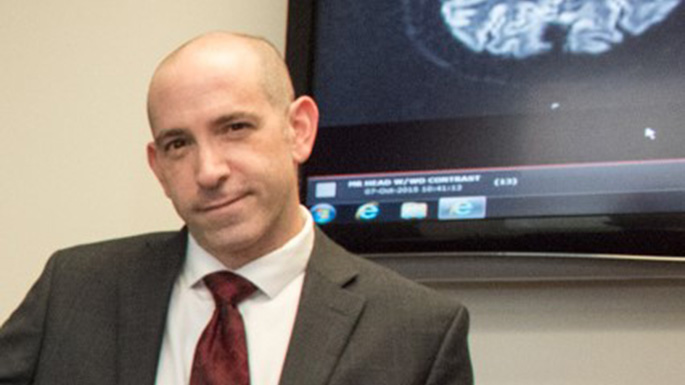 Tamyra Whitehead, a resident of Virginia Beach, lost her mother, Sarah Brooks, to Alzheimer’s disease ten years ago. Sarah was diagnosed when she was in her fifties, and at that time, the family had heard very little about the condition.

It is also common for people of various cultures to minimize symptoms and delay seeking medical attention. “African Americans are not forthright about sharing medical concerns,” said Tamyra. “There is a certain stigma associated with that.”

It can also be difficult to distinguish between early Alzheimer’s symptoms and signs of normal aging. “It is common for older adults to have trouble recalling proper nouns, such as names of people or streets,” says Dr. Daniel Cohen, MD, Clinical Chief of Neurology and Director of Cognitive Neurology, Sentara Medical Group, and Chair of Neurology, Eastern Virginia Medical School.

“A red flag, however, would be when a personally meaningful experience no longer feels familiar, such as when the story of an important event no longer ‘rings a bell,’” Dr. Cohen explained. “Loss of the how-to knowledge for well-learned skills, getting lost in familiar places, or forgetting important biographical details of people we know well would also be a cause for concern.”

For Sarah, Tamyra’s mother, the symptoms were mild at first. “When I called home to talk to her, she was forgetful and not very conversational,” Tamyra said. “That was out of character, but not in itself incredibly concerning.” Her symptoms progressed over the following months, and during one phone call home, Tamyra’s nephew relayed that “Grandma didn’t know how to get back home.” There was also a time when Sarah’s hair stylist contacted the family because Sarah was sitting in her car outside the beauty shop. She couldn’t remember what to do or where to go.

A helpful feature of the Alzheimer’s Association’s website is a list of “10 Early Signs and Symptoms.” Some of these are: memory loss that disrupts one’s life, confusion with time or place, problems with communication, and trouble understanding spatial relationships. 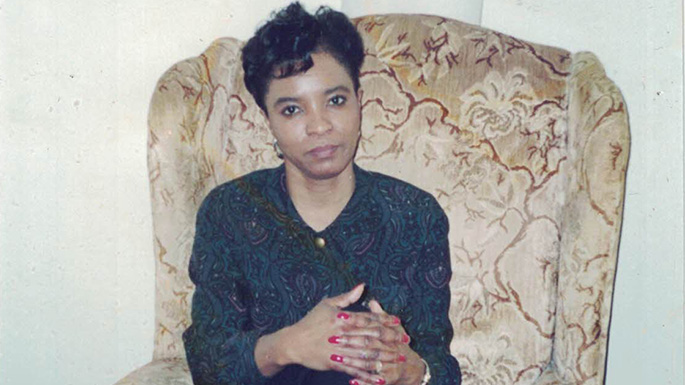 It may have been vision problems and difficulty with balance that caused Sarah to fall on the steps one day in the late 1990s. She cut her lip, and when the area wouldn’t stop bleeding, family members took her to the hospital. There, a social worker told them, “I think your mother is developing dementia. And if it is what I think, she is only going to get worse.”

Tamyra’s half-sister began researching the disease and learned of clinical trials. They discussed the trials as a family, and Sarah became a participant. These trials, a vital component of Alzheimer’s research that continues today, help doctors better understand the disease, its diagnosis, treatment, and prevention. Some of these studies are conducted in person, while others are web based. Clinical trials are critical to finding treatment, and recruiting participants is the biggest hurdle outside of funding.

Despite the ongoing efforts of clinicians, researchers, and study participants, there still is no cure for Alzheimer’s, and the disease is the sixth leading cause of death in the United States. “The available treatments up until this point have generally been to minimize symptoms stemming from the disease,” Dr. Cohen said. “They do not slow or stop the disease from progressing.”

In the latter years of Sarah’s life, her health deteriorated rapidly. Her functioning decreased, and her mobility suffered, as her brain was no longer prompting her to use her hands. “Everything started to go at that point,” Tamyra said. “She needed assistance with clothing and bathing. Her mind wasn’t telling her to chew her food or swallow, and I had to buy her Ensure.”

Sarah Brooks passed away from Alzheimer’s disease ten years ago. And even though there is no cure, there has been progress. “Several exciting clinical trials are ongoing with medications that may have the potential to modify the disease process itself,” Dr. Cohen said.

Prevention and Support for Caregivers

Plus Tips To Prevent Alzheimer’s

The medical community is also optimistic about how making positive lifestyle choices can contribute to Alzheimer’s disease prevention.

“Moderate intensity aerobic exercise for thirty minutes, five days per week, and a Mediterranean-type diet rich in fruits and vegetables and low in red meat have the best evidence for prevention,” said Dr. Cohen. “It is likely that devoting at least seven hours per night for sleep helps as well.”

While there isn’t a “best” mental exercise for prevention, research does suggest that challenging the brain with a variety of activities might be the most effective. “Learning a new language, instrument, or skill can preserve function longer by building up what is referred to as cognitive reserve,” Dr. Cohen said.

For relatives of an individual with a recent diagnosis, experts use the analogy of putting on your own oxygen mask on an airplane before beginning to help others. “Caregivers need uninterrupted sleep,” Dr. Cohen said. “It is important for them to have enough support and resources so they can take care of their own physical and emotional health.”

One resource, of course, is the Alzheimer’s Association. Throughout the years, Tamyra Whitehead has appreciated the organization’s informational videos, local connections, and suggestions for getting involved. The association holds various fundraisers, including an annual walk and a cycling event. There are also opportunities to volunteer and donate.

When caregivers feel prepared and informed, it is often easier to focus on the comfort and well-being of the patient. “It is important for families to help individuals with Alzheimer’s disease to continue to find meaning, enjoyment, and a sense of purpose in their lives,” Dr. Cohen reminds us. “How to accomplish that is different for each of us.”

Tamyra’s purpose, however, is quite clear. She continues to honor her mother by spreading awareness and providing support for others. She feels that while COVID is certainly a serious concern right now, we must be mindful that Alzheimer’s and other diseases haven’t taken a break. “But maybe, since we are at home, more so than we have been in years, we can pay better attention to each other,” Tamyra said. “Perhaps we will notice signs that we wouldn’t have noticed in our previous, busier lives.”

Because Tamyra’s mother had Alzheimer’s, she is at an increased risk for developing the disease. In fact, anyone with a first-degree relative has an increased risk. Tamyra has been participating in a family clinical trial with Johns Hopkins for the past fifteen years. So far, she is not exhibiting any symptoms of the illness. She continues to participate so that if she does develop Alzheimer’s, her participation may help researchers find more effective treatments or even a cure.

Melissa Face is the author of I Love You More Than Coffee, an essay collection for parents who love coffee a lot and their kids...a little more. Her articles have appeared in Richmond Family Magazine and twenty-one volumes of Chicken Soup for the Soul. Read more at www.melissaface.com.