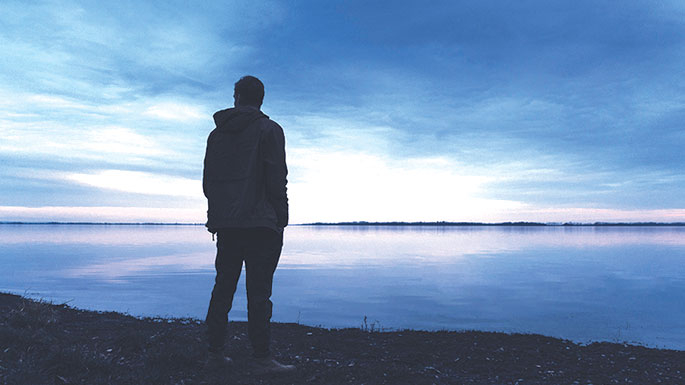 by Brett Marciel
Published in Behavior
Rate this item
(0 votes)

Don’t let this epidemic claim another life. Here’s how you can help.

There is a “Silent Epidemic” sweeping through our nation that claims an average of more than 130 young lives each week. It knows no social, racial, or economic barriers. This “Silent Epidemic” is youth suicide.

According to the Centers for Disease Control and Prevention’s 2019 Youth Risk Behavioral Survey almost one out of every eleven young people in our nation attempted suicide in the previous 12 months. The good news is that ten out of eleven did not attempt suicide…but one is too many, especially if it is your son or daughter, grandson or granddaughter, or the young person next door.

Prevention begins with education. First, be aware of warning signs that someone you know may be contemplating suicide (see below). Next read the tips below outlining how you can help the person who’s suffering before a tragedy occurs. For immediate assistance, please call The National Suicide Prevention Lifeline: 1-800-273-TALK (8255).

Though you may be shocked and overwhelmed, it is important to try to stay relaxed. By remaining calm, you are creating a comfortable atmosphere for the person who is suicidal to open up to you and reach out for your help. Do not give up hope or begin to panic.

If an individual is opening up to you, he or she must trust you and feel comfortable with you. Do not doubt yourself in the situation. It is important that the child have someone with them, so be sure to not leave him or her alone. Remember, what your child really needs right now is a parent.

Four out of five completed suicides gave clear warning signs before the attempt. While death is an uncomfortable subject for many people, it is important to be able to talk about it openly and honestly. There should be no fear in talking to young people about suicide. By discussing it, you are not putting the idea in their head or increasing the likelihood of suicidal behavior.

An open discussion can help decrease some of the anxiety experienced by suicidal youth and come as a relief to them that someone else cares about them and wants to help them. Talking about suicide can help youth see the other options they have. Further, asking if they are suicidal can be helpful because some youth view this question as permission to feel the way they do, making it easier for them to open up.

In talking to a young person, it is important not to minimize or dismiss their problems. Instead, try to provide them with reassurance. Be sure to acknowledge their fear, sadness, and other emotions. Tell them you care about them and want to help them. Also, it is important to avoid being judgmental and/or encouraging feelings of guilt.

Since people who are contemplating suicide feel so alone and helpless, the most important thing to do is to communicate with him or her openly and frequently. Make it clear that you care. Stress your willingness to listen.

Your first question should be whether or not he or she is having suicidal thoughts. If the answer is yes, then ask the individual if he or she has a plan of how to do it. If the youth answers yes again, ask if he or she has obtained whatever is needed to do it, and if so, if a time has been determined. Getting the answers to these questions can help you evaluate the mindset of the youth and get him or her the necessary help. 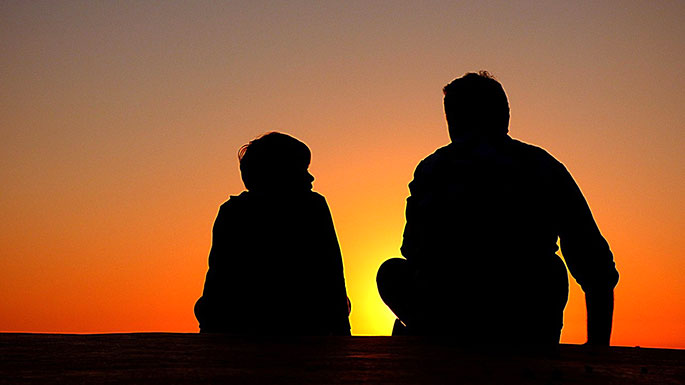 Be prepared to ACT

When a suicidal youth wants to open up to you, don’t be afraid to get involved and take action to get help for him or her. If someone is suicidal, he or she must not be left alone. Try to get the person to seek help immediately from his or her doctor or the nearest hospital emergency room, or call 911. It is also important to limit the person’s access to firearms, medications, or other lethal methods for suicide.

Do not try to play the hero. Though it is important to act immediately, it is better not to act alone. Helping a suicidal person is not easy. It can take a lot of time and energy and bring forth an array of emotions. Having the support of others can help you help someone else. Additionally, you should never attempt to physically take away a weapon. You do not want to put yourself in a dangerous situation, nor do you want to aggravate the suicidal person.

Do not promise confidentiality. Though an individual may ask you to guarantee confidentiality, try to avoid making this promise, and be prepared to break it if you do. Keeping a child’s promise is not as important as saving a child’s life. Though your child may be hurt and angry initially, you must remember that he or she is unable to think clearly right now and realize it may be time to seek professional help.

Don’t fall into the “Not My Child Syndrome.” It is all too easy to think of suicide as a terrible tragedy that happens to other people’s families. We want to believe that children who experience “suicidal thoughts” come from dysfunctional families that may have a history of family violence and drug abuse.

While it is true that these factors increase the risk of suicide, it’s important to understand that suicide crosses all racial, economic, social, and ethnic lines. No one is automatically exempted. All of us need to be aware of the warning signs of “suicidal thought” and know how to respond if the behavior of the youth causes concern.

Four out of five completed suicides give clear warning signs of their intentions. Many times, signs of concern mimic “typical teenage behaviors.” How can we know if it’s just “being a teenager” or something more? If the signs persist over a period of time, several appear at the same time, and the behavior is “out of character” for the young person as you know him/her, then close attention is warranted.
Anytime you have a concern about a young person’s actions or behaviors, be proactive.

First and foremost, talk with the child. Seek professional help, if necessary. The following are warning signs to be on the lookout for.

Previous Suicide Attempts - One out of three suicide deaths is not the individual’s first attempt. The risk for completing suicide is more than 100 times greater during the first year after an attempt. Take any instance of deliberate self-harm seriously.

Preoccupation with Death or Suicide - Be on the lookout for essays, poems, or other writings about death, as well as artwork depicting death.

If you or someone you love is struggling with depression or thinking about suicide, get help now. The National Suicide Prevention Lifeline, 1-800-273-TALK (8255), is a free resource that is available 24 hours a day for anyone who is in suicidal crisis or emotional distress. The Crisis Text Line is a free 24/7 text line where trained crisis counselors support individuals in crisis. Text “Jason” to 741741 to speak with a compassionate, trained Crisis Counselor. Confidential support 24/7, for free.

The Jason Foundation is dedicated to the awareness and prevention of youth suicide through educational programs that equip youth, parents, educators, and the community with the tools and resources to identify and assist at-risk youth. Visit www.jasonfoundation.com to learn more about youth suicide, the warning signs, and how you can help make a difference.