When I was seven, my family was vacationing near a large lake in Michigan. My sister took me out for a swim across the lake, which was a mile across. I had learned to swim the summer before but was by no means a strong swimmer.

About half way across the lake, I got tired. I asked my sister if we could go back. My sister explained that it was as far back as it was across. She told me I had two choices: I could rest by floating and then keep swimming or I could drown. I chose the first choice. Just keep swimming, just keep swimming….

I wouldn’t recommend this method of swim training. It’s a risky one. In 2000, the World Health Organization reported drowning as the second leading cause of unintentional death worldwide. According to the Centers for Disease Control and Prevention, drowning is the leading cause of death in children for children aged 1 to 4 years in the U.S. From 2005 to 2014 there were an average of 3,536 fatal drownings annually in the U.S. One in every five people who drown is less than 14.

Drowning is a PREVENTABLE problem. As parents WE can protect our children. Here are some strategies to prevent your child from being a statistic:

• Teach your kids to swim and float.

• Find a swim school at www.usswimschools.com. The YMCA has swim classes for all ages and levels of swimmers: www.ymcashr.org . You do not have to be a member of the YMCA to take a swim class.

• It only takes a few minutes for a child to drown. Never leave children alone around water. Toddlers can drown in toilets, buckets with water, and washing machines. Always supervise children around water. No phone call is worth your child’s life. Floaties or life vests are not a substitute for supervision.

• Be vigilant around pools. Floatation toys are not life preservers. Use life vests for non-swimmers. Be cautious about older pool drains due to suction risks. Teach children to jump feet first rather than dive to prevent spinal injuries. Don’t run around pools. Fence pools and install pool alarms.

• Other summer safety concerns. Sand can cause burns in the summer. Put sandals on children. Don’t let children sit on hot sand. Use sunscreen (even on cloudy days) with a SPF of at least 15 with UVA and UVB protection. Reapply sunscreen every 2 hours or more often if swimming. Prevent swimmer’s ear by applying a few drops of a solution of half rubbing alcohol and half vinegar to each ear after swimming.

Talk about safety with your child’s pediatric healthcare provider during his or her annual physical exam. Enjoy the beautiful sunny days of summer, and swim safely with your kids!

Dr. Melanie J. Wilhelm, DNP, CPNP, is a Doctor of Nursing Practice and a Certified Pediatric Nurse Practitioner in Norfolk, as well as an assistant professor at Old Dominion University. Her first book, Raising Today’s Baby, is available on Amazon.com. Read more at RaisingTodaysChild.com. Email Dr. Wilhelm at raisingtodayschild@gmail.com. Follow her on Facebook at www.facebook.com/RaisingTodaysChild and twitter at www.twitter.com/Rzn2dayschild 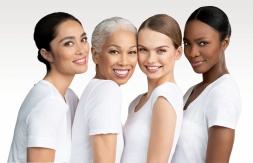