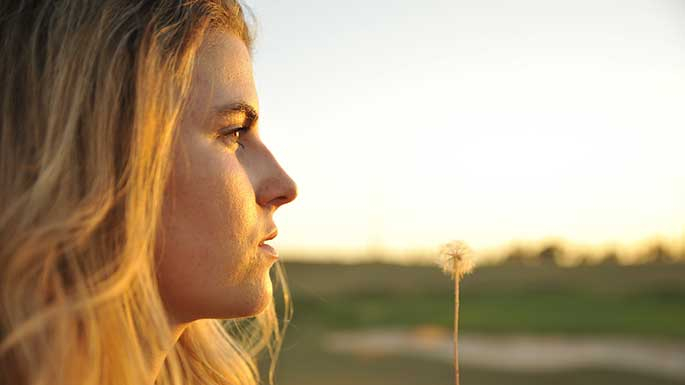 by Lindsay Gibson
Published in Behavior
Rate this item
(3 votes)

Teaser: How can you turn your anger at someone into a positive experience?

There’s a story about an anthropologist who is compiling a dictionary for the language of a tribe he is studying. When he gets to the word forgiveness, he asks the tribal chief what word they use. The chief looks mystified and asks for clarification. The anthropologist explains an example of forgiveness, and the chief’s eyes light up. “Oh yes,” he said, “Our word is I-strike-back.”

I love this story because it speaks truth about the thorny issue of forgiveness. You may have been taught that being a good person means to forgive, but it can be hard to do. Try as you might, you may still feel anger and lingering resentment. This is especially true if the other person doesn’t seem sorry enough.

If the offending people understand your distress and deeply regret their actions, forgiveness comes easier. You may never forget what happened, but it may shrink a little if they validate your pain and take responsibility for their part. You may change too, seeing the incident differently over time and actually developing compassion for them. Forgiveness in such cases means you lose the urge to strike back because you now see the bigger picture in which everyone involved is a fallible human being.

But what happens when people hurt you and refuse to take responsibility for it? Should you still try to forgive them? This is a common dilemma when emotionally immature people won’t admit their mistakes or show empathy when they’ve hurt you. They lack the psychological maturity to look at themselves or realize the need for apology and restitution. Sometimes they even counterattack and blame you, somehow making it your fault instead. So are you still supposed to forgive them? I think this might be asking too much from yourself. And I don’t think you should feel bad about not being able to do it.

Many people equate forgiveness with being a good person. But where does that leave people who find it impossible to forgive? Are you supposed to deny your true feelings and pretend you feel less hurt than you do? No, but maybe you can have all your feelings and yet not stay stuck in endless anger.

Some people argue that you should try to forgive for your own sake, not the other person’s. But is this about forgiveness, or letting go of obsessive anger? I think it may be possible to release anger and vengeance through constructive means, even if forgiveness is beyond you. Maybe forgiveness is something that can only come to you later, when you least expect it. Maybe we simply don’t have emotional control over whether we can forgive or not in this moment. We may have to leave such things to our future development.

Meanwhile, instead of having forgiveness as your goal, what if you just decided to learn from the incident? What if you used what happened to teach you more about the kind of life you really want, the kind of people to stop wasting your time on, and how you might respond in order to avoid similar threats in the future? By making the experience useful, you might one day recognize it as a turning point in your life that made you a stronger or wiser person.

Thinking about things this way allows you to release obsessions about other people’s harmful behavior. Instead of the chief’s solution of I-strike-back, you could try a new one—neither forgiveness nor revenge—which is I-live-forward. You don’t have to tie yourself to the past by unsuccessfully trying to forgive them; instead, you learn all you can from the experience and give them a nod for their hard lessons in raising your consciousness.

In this way, you turn these aggressors into catalysts for your own maturation. Through their rough help, in the form of betrayals or harm, you may start living more from your authentic self. You might find your truest values through your anger and disapproval of them. You might get clear about what you never want to be. You alone could decide to make their bad behavior show you a better way, not drag you down. Stopping at mere forgiveness could block this process. Don’t settle for looking like a good person when you’ve got a chance to be a genuine person.