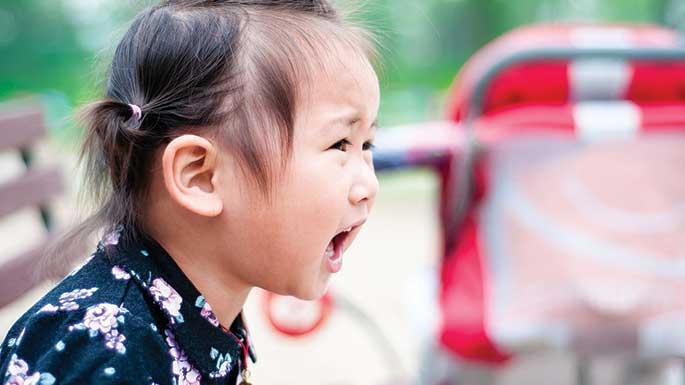 by Kimberly Blaker
Published in Behavior
Rate this item
(0 votes)

Most experts advise against spanking. Here are healthier alternatives.

Half of all parents spank their kids, according to a 2017 poll reported by ABC News. The poll also revealed an interesting disparity. Sixty-two percent of parents in the South practice corporal punishment compared to 41 percent of parents throughout the rest of the country. A 2014 study by the University of Michigan found 30 percent of one-year-old children had been spanked within the previous month.

The habitual nature of spanking was observed in a study led by Professor George Holden reported in the American Psychological Journal of Family Psychology in 2014. Through video observation, Holden noticed spanking often seemed to be done without thought. He believes for that reason, parents probably don’t later recall the frequency in which they use corporal punishment. So the degree of spanking that occurs within families is likely under-reported.

Part of the reason spanking is so widespread is parents have unrealistic expectations for their children’s behavior. A 2015 survey by Zero to Three, in collaboration with Bezos Family Foundation, found 43 percent of parents believe children under two can share and take turns with other kids. Seventy-one percent think children can do so by the age of three. Yet this is a skill that doesn’t develop until sometime between ages 3 and 4.

But adults condone spanking for many reasons besides unrealistic expectations of children. One reason many parents spank is that a small number of studies have indicated spanking is an effective form of discipline. The problem is, those studies have failed to compare the effectiveness of other nonphysical forms of discipline that are equally—if not more—effective.

Another reason for continued spanking is many adults believe non-abusive spanking by loving parents isn’t harmful. Although some studies have shown this form of spanking to be less harmful than more abusive forms of corporal punishment, the act hasn’t been proven harmless.

Over the past few decades, numerous studies have revealed a wide range of adverse effects of spanking. A study dated November 16, 2017, in the journal Association for Psychological Science, found kids who’ve been spanked by the age of 5 “show an increase in behavior problems at age 6 and age 8,” in contrast to children who’ve never been spanked.

In July 1012, a study appeared in the journal Pediatrics titled “Physical Punishment and Mental Disorders: Results From a Nationally Representative US Sample.” It found harsh physical discipline such as hitting, slapping, pushing, grabbing, and shoving “in the absence of child maltreatment is associated with mood disorders, anxiety disorders, substance abuse/dependence, and personality disorders.”

Because of the vast research, the American Academy of Pediatrics has even called for a ban on school spanking. Although many states have banned corporal punishment in schools, it’s still legal in many others.

One final problem with spanking is while most parents mean well, it’s easy to lose patience, especially with parents’ often-unrealistic expectations. Light swats to the bottom escalate too often after repeated failure at curtailing inappropriate behavior. As parents’ frustration and anger build, the potential for abuse increases, no matter how loving a parent.

Finding alternatives to spanking and making them work requires time, energy, and patience, not to mention careful planning and implementation. In a hurried world, this isn’t always convenient. But for parents willing to learn alternatives, the rewards are immense for children and parents alike.

The good news is there are many effective ways to discipline without resorting to spanking. In fact, when positive behavior is regularly reinforced with praise, it reduces the need for discipline.

Results are not always immediate, depending on the child, the technique, and a parent’s implementation. But in the long-run, positive effects will be evident.

Prevention is the First Step

Prevention is the first step in dealing with problem behavior. When you childproof your home, protect it from your child as well by placing breakables and untouchables out of reach.

Distract Your Little Ones

For infants and toddlers, distraction often works best. Offer a toy or something to distract your toddler from the object or a tantrum that’s underway.

Timeout works well for preschool and early elementary children. Give your child one minute in timeout per year old. A lengthy timeout often isn’t feasible for young children and can also defeat the purpose. If a small child refuses timeout, calmly place your child there. If your child repeatedly leaves, sit with, or hold your child to show you will enforce timeouts.

Use natural consequences. If your older child chooses to leave home without a jacket (and is old enough to know better), allow your child to learn from his or her mistake, so long as the weather isn’t too cold. Being uncomfortable or missing school recess will be a strong motivator to wear a jacket in the future.

When you make rules, choose logical consequences that relate to the rules. If your child destroys something, make him pay for it. If your child ignores a request, take the toy or activity away that’s distracting him. Television and video games are often culprits, and the loss of these activities can do wonders. If older kids overuse the cell phone or don’t come home on time, put a temporary halt to social privileges.

Give Yourself a Timeout

Give yourself a timeout if you lose your cool. If another adult is around, ask him or her to take charge. If no one is around to help, make sure your child is safe, then step out of the room. Take plenty of deep breaths. Then when you’re thinking clearly again, determine the best course of action before confronting your child.

For children with ADHD, special needs, or behavior problems, use a token economy to reinforce positive behavior and reduce negative behavior. Reward and penalize your child with tokens for various behaviors, which they can later exchange for rewards. Before using a token economy, read how to implement it correctly. Try Behavior Management at Home: A Token Economy Program for Children and Teens by Harvey C. Parker.

Finally, choose your battles wisely. Parents are often caught up in unnecessary power struggles with their kids. When you make a rule or become angry with your child, consider whether the rule or request is essential and why. Then make your decisions accordingly. If you ask little Johnny to drink all his milk and he refuses to take the last two swallows, what would be the outcome? If you don’t have a good answer, drop the debate.