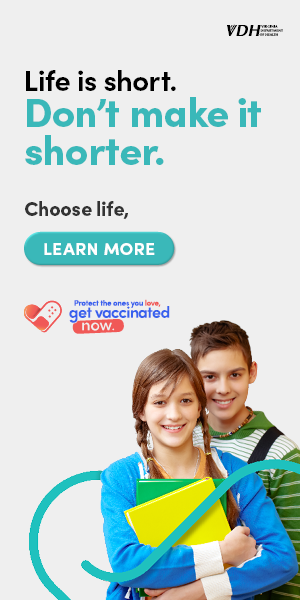 Dancing for Fun and Fitness

Meet local dancers who rhumba, line dance, and tap their way into better health—and have fun doing it.

When Graham Sutherlin and his youngest daughter started dance lessons two years ago, little did he know how transformative those sessions would be for his challenging weight issue.

His 425 pounds had dropped to 390 pounds, thanks to daily walks on the beach at Sandbridge, but dance lessons have helped him shed 63 additional pounds and counting.

“We had a good time, but my daughter lost interest,” said Graham, 44, who takes lessons at the Arthur Murray studio in Virginia Beach. “I loved it, so I kept going and my oldest daughter went with me but didn’t last long. Finally, my wife had pity on me and started lessons, but she decided it was too physically taxing and quit. So now I go by myself.”

Graham’s dancing-for-health story is not that unusual in Hampton Roads, according to several students who rhumba, line dance, and tap their way into better health—and have fun doing it.

Music and dance were a major part of life for Diana Lewis, growing up. She was the first to hit the dance floor and the last to leave at weekly school dances. At home, dance was a way to have fun, too.

“I can remember watching my mom and grandmother dancing to the records we used to play, and I loved watching American Bandstand,” she said.

Sadly, adulthood took its toll on her health. In 2010, she went numb from her chest to her feet, all within 24 hours, she said. After months of doctor visits and tests, she was told she had multiple sclerosis. The numbness retreated somewhat, but she’s still affected from her knees down.

In 2018, she was diagnosed with breast cancer and went through 20 chemo and 30 radiation treatments, along with surgery.

“Chemo is not kind,” she said. “It caused me to lose my reflexes in my knees and ankles. I didn’t think I would be able to dance again.”

Carrying 271 pounds around also didn’t help her ability to walk, so Diana turned to Weight Watchers in 2020. She’s lost 57 pounds and has 43 more to go, she added. The knee reflexes are back, and she works with hand and ankle weights to strengthen and get stronger.

Once she was moving a bit easier and her balance was better, Diana was curious to see if she could get her dancing feet back. She convinced a friend to take a private dance lesson with her—and that was all it took.

“I never missed a beat. I was flying on Cloud 9,” she said. Soon, she was taking line dance lessons weekly at CB Dance Studio in York County, and she’s considering other classes in the near future.

“Due to my MS, the muscles in my legs were always excessively tight and felt bruised all the time,” said Diana, who calls herself a “sassy 58” resident of York County. “My massage therapist gave me some stretching exercises to help some, and dancing has helped even more. My muscles are stronger, and my endurance is much better.”

If you’ve never danced and worry you will look silly, Diana says phooey. For her, CB Dance Studio has been a “no judgment zone,” where you can just have fun, make new friends, and feel good.

“Don’t tell yourself you can’t do it,” she said. “If I can do it with all the obstacles I’ve had, anyone can dance!”

Rita Budrionis, 71, is a member of the Silver Tappers, a 12-member group of Virginia Beach women who use tap dance to keep their bodies and brains healthy. Their ages range from late 50s to early 80s.

“Scientists have found that dancing stimulates the brain and makes the neurons grow and thrive,” said Rita, a clinical psychologist. She gets her information from a 21-year-long study, conducted by the Albert Einstein College of Medicine in New York City of people age 75 and older. Dancing was the only physical activity that significantly reduced the risk of dementia, the study found.

“New connections are made, and we become better at balance, motor skills, walking, and other abilities that characteristically diminish with age,” said Rita.

Dancing also makes the Silver Tappers happy, especially when they entertain at fun events such as the Strawberry Festival in 2018. “Green stem headpieces stuck out of our hair and red strawberry costumes ballooned in the breeze,” she added, reminiscing.

“After the National Anthem, we tapped to the tunes of Sweet Virginia Breeze and Rock Around the Clock, performing on a metal stage that amplified the sounds of our taps,” she recalled.

Rita feels blessed to be in the company of smart, beautiful women who love to dance. Her dance team members feel the same way. “I’m not sure how good I am, but I feel comfortable performing in front of a group,” said Walida Miller, 82.

Long-time dance instructor Rita Joyner, 81, is their choreographer and cheerleader. Rita opened her dance studio after high school and has not stopped since then. She teaches beginner tap weekly at the Golden Slippers studio in Virginia Beach.

“Dancing is a lifelong pastime that gives you social fun and healthy exercise,” said Rita. “Tap is a forgiving dance and easy to learn. You are never too old to tap dance.”

Rita and her dance students spend a lot of time on YouTube looking for and sharing new ideas. Staying current with trends is how she challenges herself and her students.

“I am very thankful that I am still dancing,” she said. “I attribute my good health to dancing and hope I’m an inspiration to my dancers.”

Graham Sutherlin: Better All Around

In addition to weight loss, Graham has happily watched his health numbers get better. His blood sugar was well in the diabetic range and is now well below, he said. His blood pressure is lower, although not where he wants it, and his 100 resting heart rate is now below 65.

“My first goal is weight below 300 and off all my meds with my doctor’s approval,” said Graham, who admits to another motive to continue losing weight and improving his health. “At one point we wanted to move to France, but I couldn’t get health insurance because of my health level. With these goals I should be able to get international health insurance and get a long stay visa for France.”

If Graham had to give up any of his pastimes—Topgolf, Planet Fitness, or Arthur Murray, he said he would not stop dancing. “We laugh, we dance, I sweat, we have a great time,” he said, laughing. “I don’t think being good is essential for dancing. It’s more about fun and being active.”

For Diana Lewis, the benefits go even deeper. “Dancing makes me happy, relaxes me, and brings me peace,” she said.