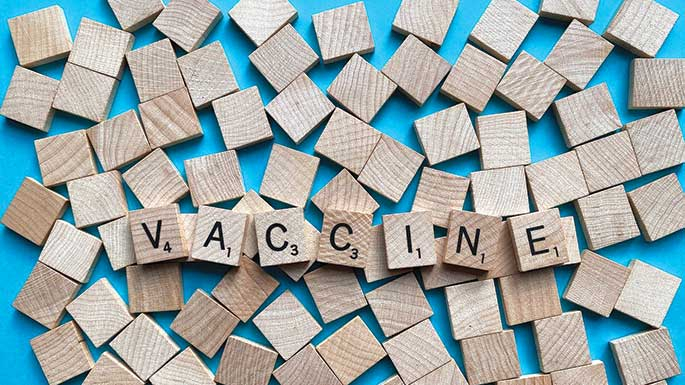 About the Polio Vaccine

My cousin walks with a limp and uses a cane. He was one of the lucky ones who survived a childhood polio infection. My mom once told me that she was so terrified of polio that she feared sending her children to school. Not only were children becoming paralyzed, but some died.

When the polio vaccine first became available in 1955 in the United States, there were long lines to receive it. My mother told me how happy she was to stand in that line to protect her children from the possibility of paralysis or worse yet, death from polio.

Polio is a disease that is caused by a virus (poliovirus). Most people will not have any symptoms with a poliovirus infection, but 1 in 4 will have flu-like symptoms. Fewer than one percent will have weakness or paralysis in their legs, which can lead to permanent disability or death. Between 25 and 40 percent of polio survivors will experience post-polio syndrome (PPS). PPS occurs 15 to 40 years after the initial polio infection and causes irreversible weakness in muscles.

Former President Franklin D. Roosevelt (FDR) was never able to walk after he had polio. He founded the National Foundation for Infantile Paralysis (NFIP) which eventually became the March of Dimes. The March of Dimes worked to help uncover the mysteries of polio. Today it embraces the crisis of prematurity and advocates to improve infant health.

Polio had effectively been eliminated in the United States for forty years, thanks to the efficacy of the polio vaccine. The last known case of polio caused by wild poliovirus was in 1979. The World Health Organization declared the USA to be polio-free in 1994, which was a wonderful accomplishment. Unfortunately, it did not last.

Recently, poliovirus was identified in the wastewater of two New York counties. To give you some perspective, among all infants born in the U. S during 2017-2018, 92.7 percent were protected from polio by vaccination before 2 years of age. In Rockland County, New York, the polio coverage was only 67 percent in July 2020, and it decreased to 60.3 percent by August 2022. Some zip codes in the region even dipped to 37.3 percent coverage. Any time the polio vaccination rate decreases, the risk of active polio disease increases.

The inactive polio vaccine (IPV) is routinely administered in the U. S. to infants at 2, 4, and 6 months and then is boosted in children at 4 to 5 years-of-age. Other countries may still use the older, oral poliovirus (OPV), which is a weakened live vaccine. The OPV has not been used in the U.S. since 2000. The IPV is a safer vaccine since it is not a live virus. Using the IPV instead of the OPV eliminates the small risk of getting polio from the OPV.

Side effects from the IPV vaccine include redness and soreness at the site of the injection. There is a very small risk of an allergic reaction with any vaccine. The IPV is contraindicated (not recommended) for your child if they had a serious allergic reaction to a previous IPV vaccine or if they have a severe allergy to neomycin, streptomycin, or polymyxin B.

If you are not sure if your child is fully vaccinated against polio, check with your pediatric healthcare professional. The IPV is a very safe, effective vaccine to protect your child against polio. It is not too late to get your child’s vaccines up to date.

Our global health goals should include eliminating polio from the face of the earth. In order to do so, we must act together with a global consciousness to protect children and adults from the terrible consequences of polio. In 1988 the global polio eradication initiative set forth this very mission.

By acting as a global community, smallpox was eradicated from the earth. It’s not too late to do the same with polio. Shot@life is an organization with a mission to ensure that children around the world have access to lifesaving vaccines. Join me in standing for the health of the vulnerable children of the world. Learn, act, and donate at shot@life.org.